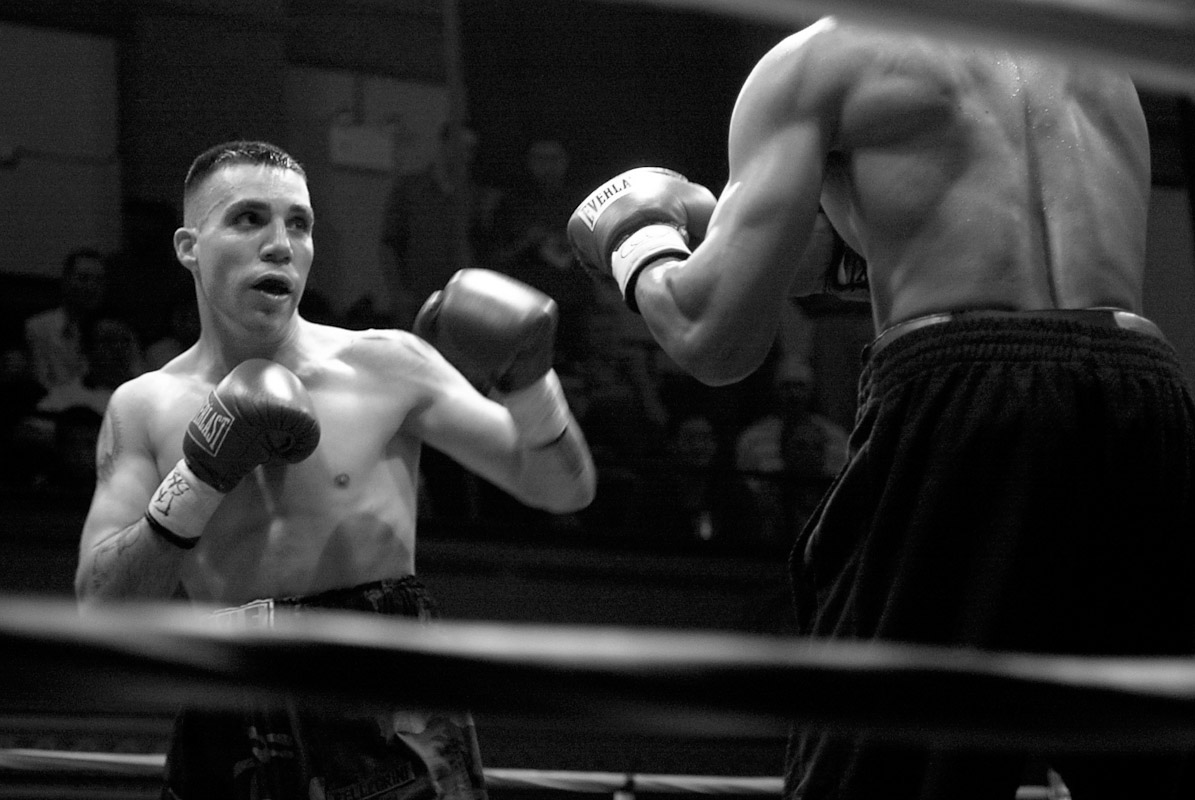 Welterweight Gennaro Pellegrini, Jr., left, prepares for a punch during the first round of his debut, four-round knockout of James Andre Harris at the Blue Horizon in Philadelphia. Pellegrini, a policeman and Army National Guardsman, achieved his goal of winning his first professional fight before being deployed to Iraq, where he was later killed in action.

All images on this site are ©Mark Stehle Photography and may not be used without expressed written consent. Site design © 2010-2022 Neon Sky Creative Media